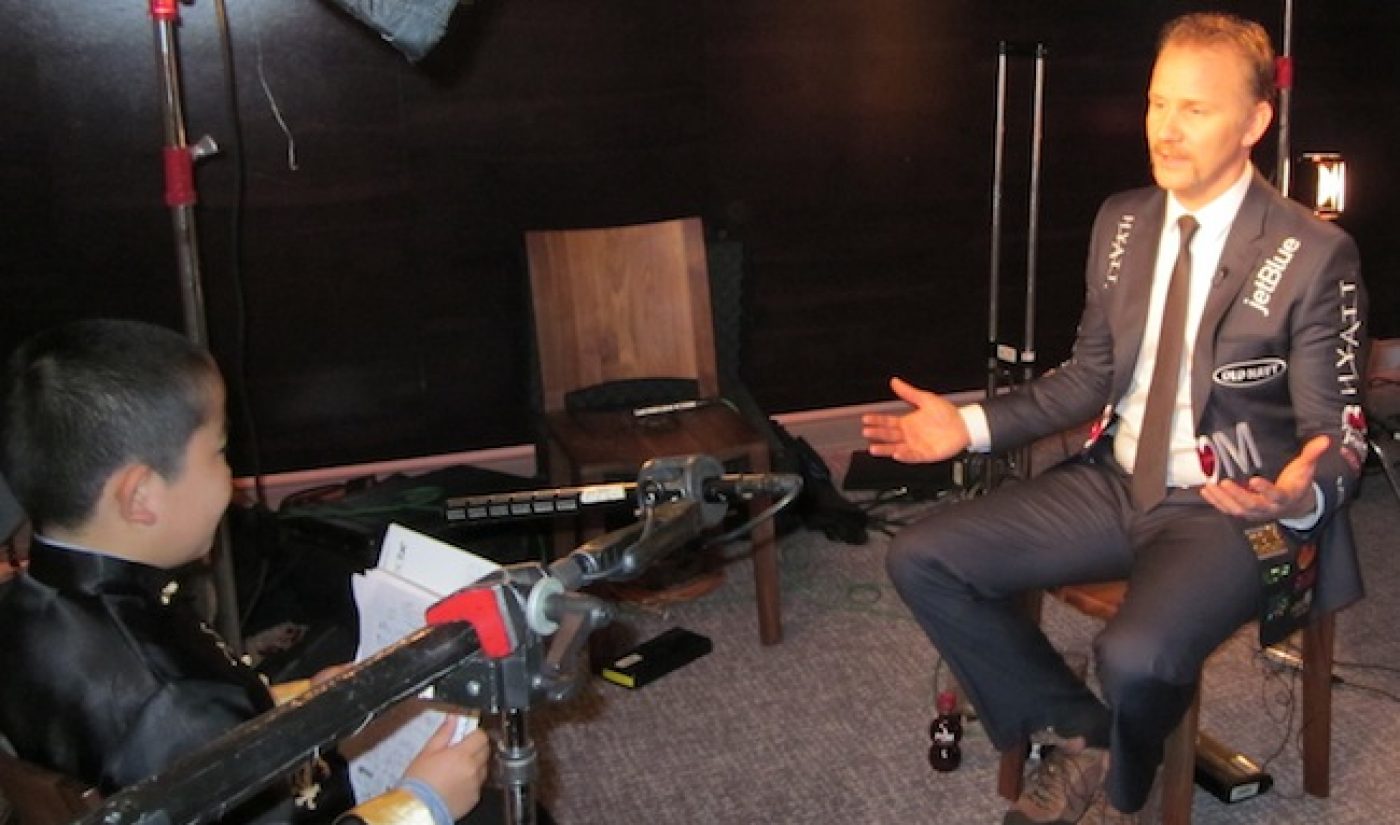 The second season includes three new shows: Style Studio with Rebecca Minkoff hosted by the famed fashion designer, The Yo Show on Yahoo! featuring entertainment news reporter Michael Yo, and a new version of In the Dressing Room with Cat Deeley hosted by the fashion expert and TV personality. The slate will be part of Yahoo! Screen, Yahoo!’s premium content initiative that currently reaches 61 million unique visitors per month, according to February’s comScore Video Metrix.

“I’m excited to be part of the Yahoo! family and bring more pop culture and celebrity coverage to the network,” said Yo. The Yo Show on Yahoo! will be a fun mix of pop culture and comedy, two things I am incredibly passionate about.”

The new slate also includes Ultimate Surprises with Cameron Mathison, an expansion of the hit series’ Ultimate Proposal, by Vin Di Bona‘s digital media studio FishBowl Worldwide Media. In February 2012, Ultimate Proposal had nearly one million unique visitors per month, making it #25 of the top 25 shows on the web. Ultimate Surprises expands the successful brand franchise, allowing friends and family to spring heartfelt and over-the-top surprises on the people they love. “Working with Yahoo! and FishBowl Worldwide Media on last season’s Ultimate Proposal was truly a gratifying experience and one that fans really enjoyed,” said Mathison. “With Ultimate Surprises, we are expanding the series far beyond surprise proposals to include a whole range of amazing surprises for friends and family.”

“I’m so excited to have the opportunity to continue making Reluctantly Healthy,” said Greer. “This first season has been such an incredible learning experience and I couldn’t be happier working with Yahoo! as we move forward with brand new ideas for living a healthy life on-the-go.”

Style Studio with Rebecca Minkoff
Host: Rebecca Minkoff
In this gorgeously photographed fashion series, designer Rebecca Minkoff opens up her style studio to women who are stylistically lost and have the “profile pics” to prove it. Through her innovative three step process, Rebecca will help women discover their own unique sense of style and create the online profile picture that will help them achieve their dreams– a new job, a new relationship, or just making new friends. (Hud:sun Media)

The Yo Show on Yahoo!
Host: Michael Yo
The Yo Show on Yahoo! is a fresh, daily series with attitude focused on the latest in pop culture and entertainment. Hosted by Michael Yo, a stand-up comedian who is a regular on Chelsea Lately and former celebrity correspondent for E! News, the show is anchored with “The Week’s Hot List” summarizing the week’s events in pop culture. The daily format will showcase a variety of unique and playful entertainment features including exclusive celebrity interviews, comedy, and buzz worthy editorial. (Yahoo! Studios)

Let’s Talk About Love (Season 2)
Host: Niecy Nash
Comedienne Niecy Nash (Reno 911, Dancing with the Stars, Clean House) hosts this weekly relationship show, which brings a unique and positive outlook to a different love, sex or relationship topic in each episode. From confronting a group of guys at a barbershop about why men cheat to advising newlyweds on how to fight fairly, the common thread in each episode is real advice, Niecy’s trademark energy, and a ton of laughs. (Electus/ Principato-Young Entertainment)

Ultimate Surprises (Season 2, previously known as Ultimate Proposal)
Host: Cameron Mathison
Ultimate Surprises expands the successful brand franchise, allowing friends and family to spring heartfelt and over-the-top surprises on the people they love. Whether it’s fulfilling a wish, celebrating an anniversary, reuniting with lost friends or proposing marriage, life’s biggest moments are the ones you share with those closest to you. With the help of a team of experts, these special events are transformed into unforgettable surprises that are so outrageous and personal that you’ll be dying to see the look on everyone’s face when it happens. (FishBowl Worldwide Media)

Blue Ribbon Hunter (Season 2)
Host: Allison Fishman
From local neighborhoods to the far reaches of America’s most popular food festivals, on Blue Ribbon Hunter will introduce you to cutting-edge food trendsetters, bizarre eating competitions, award-winning recipes and people you’ll remember for a lifetime. From the gooey goodness of the World Cheese Dip Festival, to the drippy fillings of America’s best tacos and chocolate covered bugs, you better bring an appetite, a strong stomach and one very large napkin! (Prime Content)

The Failure Club (Continuation of Series)
Host: Morgan Spurlock
Academy Award Nominated Director Morgan Spurlock (Super Size Me, POM WONDERFUL PRESENTS THE GREATEST MOVIE EVER SOLD) has teamed up with Yahoo! Screen to create a new documentary series for Yahoo!’s original video programming. This brand new non-fiction series, Failure Club, is about embracing the fear of failure in order to change your life. There are too many things we never try simply because we’re too afraid to fail. But what would you do if you could move beyond that fear? Meeting each week over the course of a year, seven different people come together to form this unique club where they encourage each other to achieve the things they’ve only dreamed of. Together each member of the failure club tries to make his/her dream come true. Some will succeed and some will fail, but the journey they take together will change them forever. (Warrior Poets)

omg! NOW (Continuation of daily show)
Host: Kristen Aldridge
omg! NOW is one of the most watched video programs online, covering the latest entertainment news and happenings in the ‘celebrisphere.’ Hosted by Kristen Aldridge, this daily video program on omg! from Yahoo! (http://omg.yahoo.com), the leading entertainment news site, captures the biggest news in entertainment the minute it happens. From the newest movies to the coolest styles, and the latest break-ups, this fast-paced program gives you everything you need to know about Hollywood in less than two minutes flat. (Yahoo! Studios)