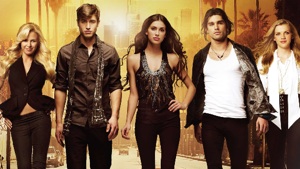 Back in December Hulu, along with Clear Channel, MySpace, Ford and Pepsi all signed on as sponsors and production partners for If I Can Dream, a new online docusoap Web series by reality programming mastermind Simon Fuller (American Idol). TheWrap (along with Tubefilter) covered the deal announcement, but overall, it didn’t generate much in the way of media or Web series industry buzz. But it’s time to take a closer look.

Last week’s article by Stuart Elliott of the NY Times (the advertising industry’s most influential reporter), profiled Pepsi’s new Pepsi Refresh Project campaign and mentioned the Web series production deal as the first original content deal for Hulu—calling attention to it one more time, but to a very wide and influential audience of top media and ad agency execs who are still cautiously dipping their toes into the branded entertainment space with their clients.

I’m sure fellow industry watchers are wondering, is Hulu seriously planning to enter the race to produce quality original Web series and if so, how would it impact a market that already includes producers such as Michael Eisner’s Vuguru, Sony’s Crackle, Dailymotion, Babelgum, Next New Networks, DECA and a slew of talented independents breaking new ground?

Going Where The Money Is

Branded underwriting and product placement is all the digital entertainment community talks about today (even as much as the storyline), and for good reason. They need to cover production costs and don’t have revenue assurances such as a subscription model (like cable) or pre-existing licensed distribution deals lined up in advance (like films and broadcast) that will cover costs and procure a modest profit. This upfront cash flow need is the perfect moment for a brand to have a significant (though let’s hope not oppressive) presence within the story as well as association with a certain series. The brand appeal factors include story genre, talent, and demographic reach, as well as ongoing social media engagement to build new customer relationships and retain existing ones.

With a reported 44 million users (and growing) Hulu is still dramatically smaller than YouTube’s reported 330 million users, but offers high quality curated content versus YouTube’s mix of licensed content from CBS for full shows (and official movie and TV show clips and trailers), plus a lot of mediocre user generated content not worth advertising against. Hulu’s audience is drawn to the site for recognizable entertainment franchises, but also offers a Web Originals channel with shows from a variety of independent and larger Hollywood production companies. (No doubt their future original shows will appear on this channel as well.)

“Hulu’s mission is to help people find and enjoy the world’s premium video content when, where and how they want it. As we pursue this mission, we aspire to create a service that users, advertisers, and content owners unabashedly love.”

Hulu is being hard-pressed to earn revenue. We all know this due to months of public discussion about a “rumoured” premium subscription service coming soon. I suspect they have taken a page from Apple’s notorious PR strategy of “leaking” this message to the market far in advance for a variety of reasons, such as preparing current users and assuring their investors that revenue really is coming soon. And so the dance continues on that front.

But right now, branded entertainment deals such as this one are a no-brainer for revenue and will likely comprise the bulk of any original Web series productions they are involved with. Of course, many content producers want the same piece of the branded entertainment budget pie – especially when they are in the primary business of creating original Web series and not distribution, which Hulu has primarily focused on up to this point.

Either way, their entry is a positive development for all digital entertainment content producers because brands are opening their minds to underwriting high quality original video entertainment and are willing to push the envelope even more than they were last year, as ad agencies begin to fully appreciate the community-building power of original series for the Web and brands, such as Kodak and Microsoft, have been bold early supporters. The economy is holding back this nascent industry from exploding growth sooner rather than later. But have no doubt, it’s picking up a lot of speed.